NEW YORK CITY IS PLANNING TO BE FLOODED 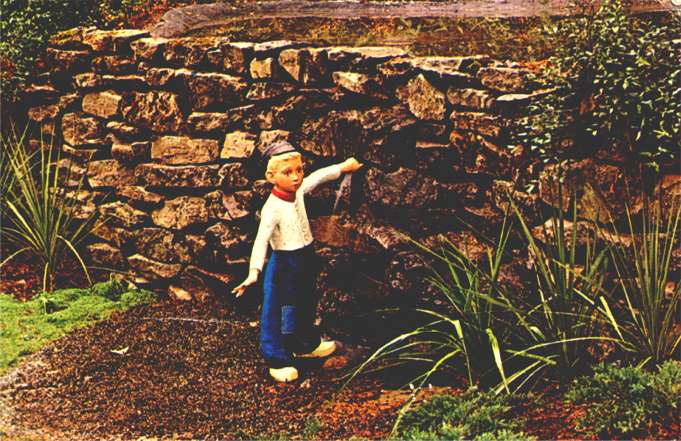 New York City will inevitably be flooded in a hurricane, but instead of taking measures to prevent possible catastrophic consequences, it is aiming for “resilience.” Other major coastal cities have erected storm surge barriers to prevent coastal flooding, and New York can be protected in the same way. The City should start by performing a comprehensive assessment of the risk of severe coastal flooding and the various alternatives for dealing with it, including storm surge barriers.


New York City is planning to be flooded — and according to the National Hurricane Center, it will be. Based on the historical record, hurricanes of Categories 1, 2 and 3 will strike the New York region on an average of every 17, 39 and 68 years, respectively. The City has been overdue for a Category 1 hurricane – Irene should have been no surprise -- and we may expect hurricanes of Categories 2 and 3 within the next two decades.

But instead of putting protective measures in place that could avert or mitigate catastrophe, the city’s plans tout “resilience;” after the bodies have been counted and property damage assessed, the city hopes to bounce back. The greatest potential for loss of life from a hurricane has historically been from the storm surge. If the eye of a Category 3 hurricane crossed the New Jersey shore, the surge could reach 24 feet – compared with 4.5 feet in Hurricane Irene – flooding the World Trade Center site and Wall Street, with City Hall resting on a separate island south of the rest of Manhattan. The ripples from a crippled financial district in lower Manhattan would be felt worldwide.

Other coastal cities in the United States and abroad have erected barriers to protect against storm surges. But Vision 2020: New York City Comprehensive Waterfront Plan released in March 2011 dismisses this idea. It proposes instead to increase climate resilience, defined as the ability to withstand and recover quickly from weather-related events. Building resilience, according to the plan, could take three forms: retreat, accommodation and protection. Retreat from the shoreline in previously developed areas is not practical in the city, the plan admits. Accommodation could consist of flood-proofing buildings, elevating structures or reconfiguring streets and open spaces. Protection, as defined in the plan, consists only of local, water-tight barriers, bulkheads along the shore and raising the elevation of land, or “soft edges,” such as constructed wetlands to reduce the damage from tidal action and waves.

In 2006, the New York City Office of Emergency (OEM) Management issued its coastal storm plan, which consisted of strategies for storm tracking, public information, evacuation procedures, people with special needs, recovery, and restoration, but not protection. In a severe hurricane, the OEM has estimated that up to three million people would have to evacuate, if that can be imagined.

Storm surge barriers are not pie in the sky. Barriers constructed after the 1938 hurricane that drowned 256 people in New England have subsequently protected New Bedford, Providence and Stamford. After a devastating storm in the North Sea in 1953, which drowned 300 people in England and more than1,800 in the Netherlands, the Thames Barrier was built to protect London, and the Netherlands initiated its Delta Plan which includes three such barriers, one protecting the entrance to Rotterdam, Europe’s busiest port. Following Hurricane Katrina, a long-disputed barrier was constructed at the entrance to Lake Pontchartain. A barrier ring around St. Petersburg in Russia is being completed this year, and the construction of three barriers to protect Venice is due to be complete in 2014.

The heart of New York City could be protected in the same way. Moveable barriers, closed only when the city is threatened with major coastal flooding, could be placed at the upper end of the East River, across the Narrows and at the mouth of the Arthur Kill. Possibly, the latter two could be replaced with a single, longer barrier extending from Sandy Hook to the Rockaway peninsula. Modeling studies by Stony Brook University and an engineering firm have demonstrated that the barriers would work. Four major engineering firms have presented conceptual designs and cost estimates for barriers at these locations. Another firm has performed a geotechnical analysis of the foundation conditions to establish their technical feasibility.

The estimated costs for these individual barriers range from $1 billion to $4.6 billion, with the total of the two or three needed less than $10 billion. By comparison, improving the city’s resilience with the single measure of protecting the city’s electrical grid by elevating substations, switchgear, feeders and main sewage pump motors above the Category 3 storm surge level is estimated by the OEM to cost $5.6 billion. A new railroad tunnel under the Hudson River from New Jersey to Penn Station proposed by AMTRAK would cost $13.5 billion.

It takes eight to twelve years to build a large barrier. The catch is that it may take two or three decades just to start to build it: obtaining the authorizations, gaining the approvals, making the studies, designing the barriers, preparing the environmental impact statement, holding the hearings and fighting the lawsuits. What is needed now to start this process is a comprehensive assessment of the risk of severe coastal flooding and the various alternatives for dealing with it, including storm surge barriers. That would cost millions, not billions.

There are glimmerings of hope. The 2011 update of plaNYC, the City’s policy planning document, promises to identify and evaluate citywide coastal protective measures. The City demurred from the recommendations of the recent New York State Sea Level Rise Task Force report, stating that, “In the absence of an evaluation of the relative costs and benefits of alternative approaches to sea level rise in New York City, it is premature to dismiss structural measures.”

In testimony to a U.S. Senate committee, Max Mayfield, the former director of the NOAA Climate Prediction Center, said “It is not a question of if a major hurricane will strike the New York area, but when...” (his emphasis) Do we too need to count the bodies of the drowned before we seriously begin to consider storm surge barriers to protect New York City?

(Douglas Hill is a consulting engineer and an adjunct lecturer at the School of Marine and Atmospheric Sciences at Stony Brook University.)